Amar G. Bose, 74, founder, owner, and chairman of the Bose Corporation, rocked the automotive world in August by unveiling a suspension system that could make all others obsolete. It uses computer-controlled electric motors to effectively cancel a road’s bumps and dips, giving occupants a glass-smooth ride. The system, more than two decades in development, is expected to show up on cars within four years. It may seem like an unlikely breakthrough from what many regard as a high-end speaker company, but since its founding in 1964, Bose has conquered science and engineering challenges in a variety of fields. The company, which employs 8,000 people, reflects its maverick founder and offers a unique model for revitalizing American corporate research and development. Bose was a professor of electrical engineering at MIT for 45 years.

Your father was from Calcutta and was a vocal opponent of British rule in India. When did he come to the United States?

B: He arrived at Ellis Island in 1920 with five dollars in his pocket.

Your mother was American. Was your upbringing more Indian or American?

B:  We had a small house in suburban Philadelphia, and Indian people would come stay with us for days, weeks, or months. The food we ate was Indian, and both my mother and father were very deep into the ancient philosophy of India, so it could well have been an Indian household. There were challenges. The prejudice was so bad in the United States at that time that a dark person with a white person would not be served in a restaurant. My father, mother, and I would try it occasionally. We would sit there, and the food would never come. My father would ask for the manager. He would pretend to be an African American because the prejudice was against them, not Indians. He would say in a quiet voice: “I notice that we are good enough to earn money to cook the food, good enough to earn money serving the food, good enough to give our lives in the war for our country. Could you explain to me why it is that we are not good enough to pay money and eat the food?” When he spoke in a quiet voice like that, everyone in the whole restaurant would fall silent, too, and listen to it. Then he would say to my mother and me, “It is time for us to go.”

B: Yes. He lectured from Philadelphia to Washington, D.C., for 15 years for the Indian underground movement, describing the atrocities he had seen under British rule in India that were not unlike those in Nazi Germany.

When did you get into electronics?

B: I joined the Boy Scouts when I was 12. One of the other scouts had a radio transmitter. I learned that if I correlated the parts in the transmitter with a diagram, I could learn to read schematic drawings. At 13, I realized that I could fix anything electronic. It was amazing, I could just do it. I started a business repairing radios. It grew to be one of the largest in Philadelphia.

When you went to MIT to study electrical engineering in 1947, what was your goal?

B: I really wanted to do research. That has never changed.

When did you get into acoustics and speaker design?

B: I had studied violin from age 7 to 14. I loved music, and in my ninth year at MIT, I decided to buy a hi-fi set. I figured that all I needed to do was look at the specifications. So I bought what looked like the best one, turned it on, and turned it off in five minutes, the sound was so poor. I was so curious to find out why. In the spring of 1956, I went to India to teach on a Fulbright scholarship, and I read about acoustics at night. In a concert hall, only a tiny bit of the sound comes to you directly; most of it arrives after many reflections from the surfaces of the room. Only about 2 percent of the sound is absorbed with each reflection, so there are many, many reflections. Yet people had been designing loudspeakers that only radiate forward. We did experiments with the Boston Symphony for many years where we measured the angles of incidence of sound arriving at the ears of the audience, then took the measurements back to MIT and analyzed them.

When you started your company in 1964, was your intention to do research?

B: Yes. That’s still the case. One hundred percent of our earnings are reinvested in the company, and a great deal of that goes to research.

Did you have lean times because of that commitment?

B: Sure. There were a couple of times when we were within two weeks of being nonexistent. We passed narrowly over the fire.

Couldn’t you have survived by going public?

B: Yes, but that would have destroyed everything.

You would rather have let the company die than go public?

B: Yes. There was a time when I was wondering about this business of going public, so I visited about a half-dozen companies in the Boston area, all of them formed by MIT faculty and all had gone public. Every one of those CEOs said: “If only we had known the consequences, we never would have gone public. We are spending two-thirds of our time on image building to keep the stock price up.”

Are you the sole owner?

B: Well, I own the vast majority.

So you can set any research goal you choose?

B: Yes. I formed this company solely for the excitement of doing really unique research.

Talk about your nonaudio research.

B: Well, one was cold fusion. Martin Fleischmann and Stanley Pons came out with this result [that power-producing atomic fusion reactions could occur at subthermonuclear temperatures] in 1989. I went to a conference at MIT where the chemists and the physicists were literally shouting at one another about it. I said, by God, I am going to assemble a team and find out if this exists or not. We worked for two years. We spent a year simply perfecting measuring systems. Then we repeated experiments that had been done by others. We verified an experiment similar to that of Fleischmann and Pons and were about to break out the champagne bottles. But then one of our team members checked a recombinant [chemical] reaction that had been regarded by everyone else as negligible in this type of experiment. Bang, there was the energy. Take that out and all of the experiments came to zero. The paper we produced had a significant impact.

But this yielded nothing to the Bose Corporation’s bottom line?

B: That’s right [laughs]. But it was interesting.

What about other research?

B: It used to be that the systems that amplified audio signals or converted power were very inefficient. I got interested because one day in 1960 I was lying on my couch, and there was a 100-watt stereo amplifier near my head, and it was pouring out huge quantities of heat. I thought, my God,

isn’t there a way to design an amplifier that does not boil you when you listen to it? That heat was a result of inefficiency. We came up with a technology that can bring efficiencies into the 90 percent range. All military and most commercial aircraft use our designs that process power from jet engines.

What about the auto-suspension research?

B: All of the other attempts to look at an automotive suspension focused on the hardware first—for example, how do you optimize the performance of a hydraulic system? We did it differently. We chose to determine mathematically the best that a system’s performance could be. Only then did we embark on a search for how to do it. We looked at all of the other technologies that were and are available, and the only way to do it was electromagnetically, the linear-motor approach.

There aren’t many companies that would invest 24 years on any project.

B: Research in this country is going down. Prior to World War II, the United States was rather poor in research; that’s why radar was invented in England and Germany. We learned the value of research in World War II. But today the quickest way to save your bottom line is to cut off research. In the automobile industry, for example, the average CEO’s tenure is just 4.7 years, so the money you spend on research won’t help while you are CEO. That’s why there is great pressure to do something that will sell now, but on a national basis this kind of ethic is very dangerous.

Do you feel that you, personally, are as creative as you’ve ever been?

B: Yes, it is still what I love. The excitement level for me working on projects is really not a bit different from when I was 26.

You are 74. What will ultimately happen to the company?

B: I’m forming a charitable institution for education. At MIT, I had the good fortune for seven years to teach network theory, which is basic to many disciplines, to one-third of the undergraduate student body. It was an experiment to see how high we could bring their level of understanding, and it exceeded all of my expectations. I hope that the institution will succeed in maximizing students’ potential in the same way. I will give all of my stock to this institution. It will own the Bose Corporation and be funded by the Bose Corporation. 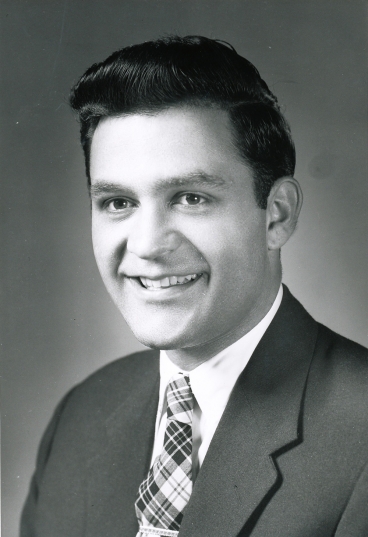